The 3 videos below demonstrate a prototype iPad and iPhone app I created for my Master’s thesis.  The concept is to create a digital mixing board that doesn’t draw upon analog hardware design like sliders and knobs.  The iPad app using images to represent tracks and the iPhone app uses the gyroscope for panning.  They will eventually be combined to create a wireless augmented reality virtual mixing controller using OSC.  You can download my thesis that fully describes the purpose and potential of this app HERE. 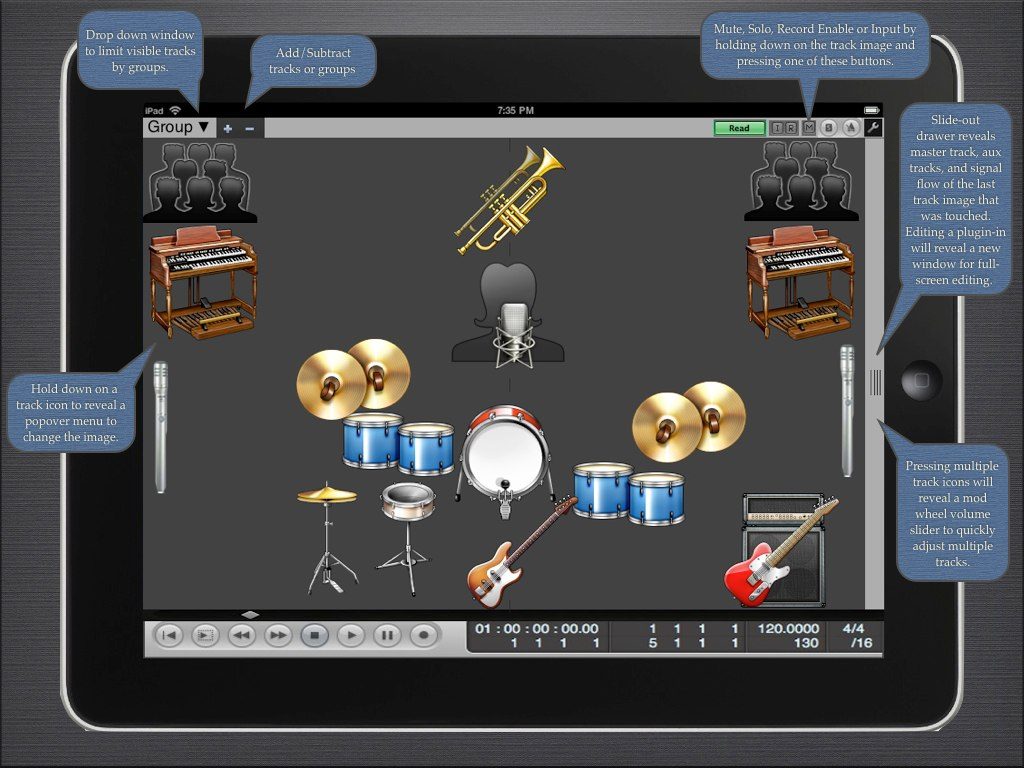 This dating app will broadcast your location and what song you’re playing through Spotify to other users around you.  You can see on a map other users near you, what they’re listening to, and how similar your music tastes are using Last.fm’s Tasteometer API.  You can use this app to find people with similar interests, new friends, and maybe something more.  Eventually, you will be able to use Foursquare and Facebook to check–in to places, have a simple messaging system for correspondence, and be able to recommend music to others, either automatically based on match percentage, or out of your own inspiration. 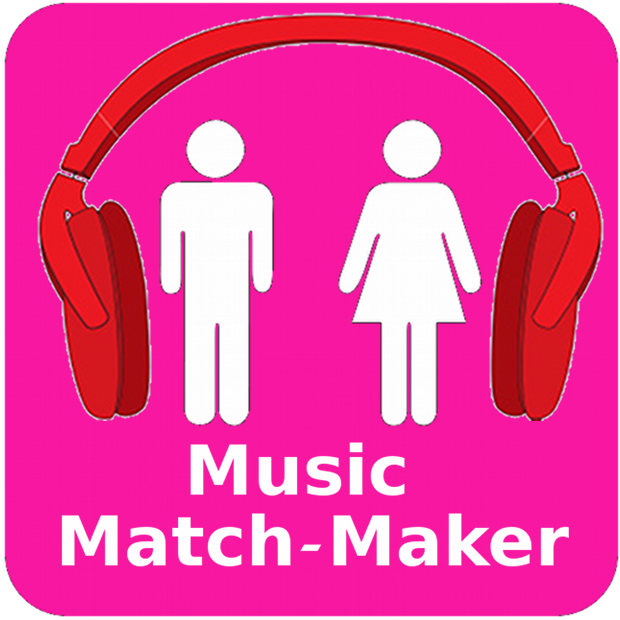 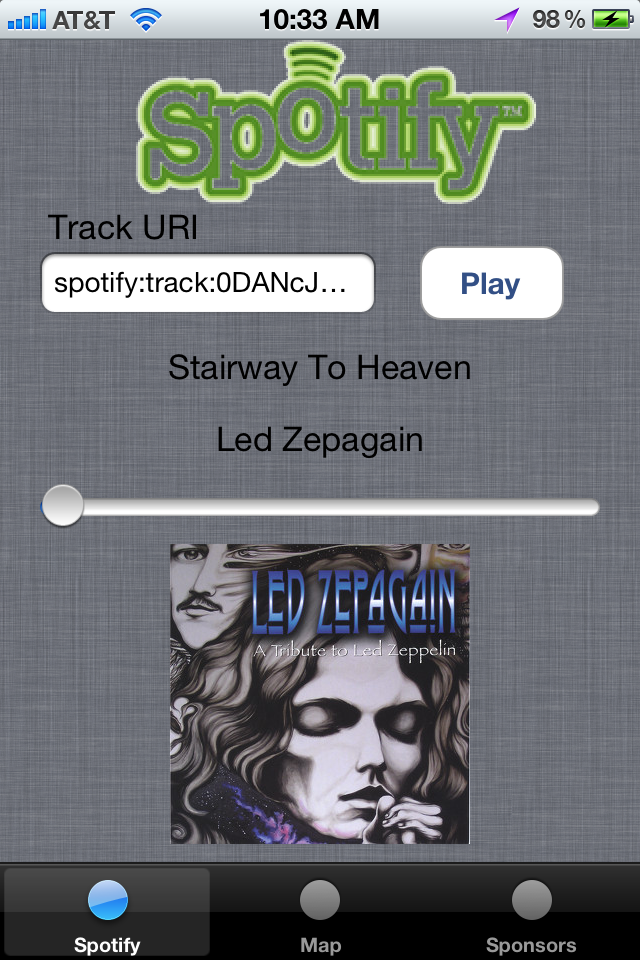 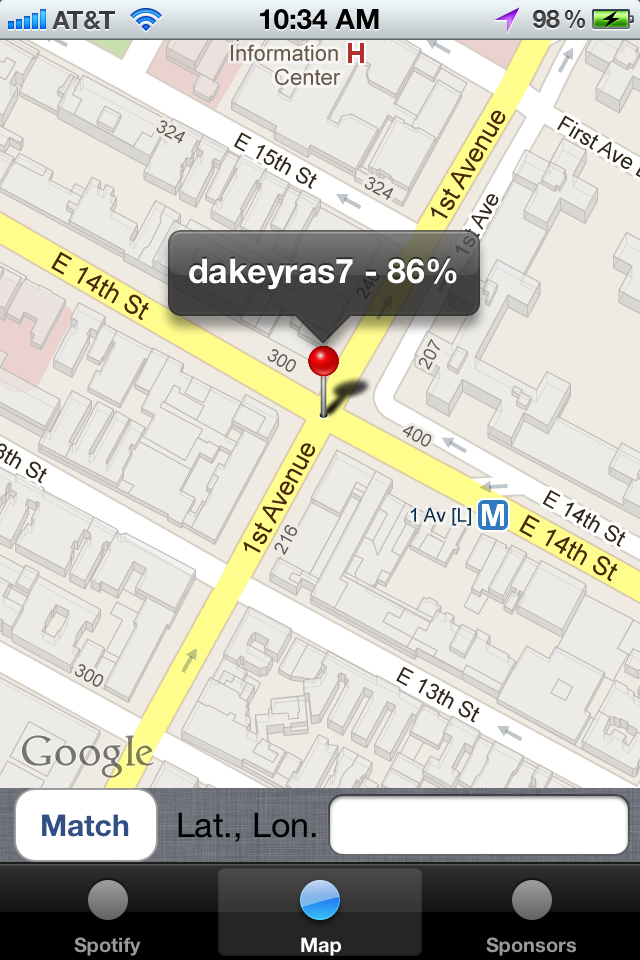